Rose quartz is a particular variety of quartz, whose formula is SiO2. Like him, it is part of the great family of oxides. It is a silicate dyed by elements such as manganese, aluminum, titanium or phosphorus when it is rather transparent, as well as microscopic inclusions of dumortiérite when it is rather cloudy.

Its crystalline system is trigonal, its conchoidal break. It has a hardness of 7 on the Mohs scale and its density is 2.65. Transparent to opaque, it has a vitreous, white luster, its pleochroism is weak and it has no fluorescence under the ultraviolet rays.

Pink quartz is rarely transparent. Most often, it is inhabited by inclusions that give it a slightly veiled, translucent appearance. Its color varies according to the proportion of the elements which color it, and goes from the pale pink to the peach color. Some examples, especially from Madagascar, when cut in cabochons show a strange white reflection in the form of an asterisk, it is the rose quartz quartz.

This mineral forms mainly in magmatic rocks, such as pegmatites, and sometimes in hydrothermal vents. It appears as large crystals or translucent microcrystals. Quartz is very common on the planet, it is one of the components of the granite and one can see with the naked eye or with a magnifying glass its abundance in the sand of the beaches. It represents 12% of the mass of the lithosphere (the earth’s crust and the upper part of the mantle). The main pink quartz deposits are located in Brazil and Madagascar. It is also found in the United States and Tanzania.

THE ADVICE OF OUR GEMOLOGIST: HOW TO CHOOSE HIS PINK QUARTZ?

It must be verified that the stone has no cracks in which the rose is darker: this would be a sign that the stone has been artificially tinted. The intensity of the color catches the eye, but beware however too large inclusions that weaken the stone. The most beautiful pink quartz has a soft and uniform color.

White gold and silver highlight the sweet tones of pink quartz. There is also a lot of   non-metallic pink quartz jewelry because it is often cut into round pearls. Otherwise, it comes in polished cabochons. Particularly pure crystals are sometimes cut to facets.

STORIES AND LEGENDS AROUND PINK QUARTZ

In the Greeks, pink quartz was the symbol of Initiation. For Muslims, it is contemplation and for the Indians it would be the stone of maternal deity. In the ancient Middle East, it was dedicated to Astarte, goddess of love and war. In Egypt, at the time of the Pharaohs, he was believed to be able to slow down the aging of the skin and he entered the composition of beauty masks. Greek mythology tells that Aphrodite, rushing into the forest to save his beautiful Adonis attacked by a wild boar, was bruised in brambles. His blood mingled with the one that oozed from the wounds of Adonis. The drops of their mixed bloods turned into pink quartz stones … Another version of the appearance on Earth of pink quartz quotes the intervention of Eros, god of love,

A pink quartz skull was discovered on the border between Guatemala and Honduras. Like many other skulls carved in stone and discovered in South America and Central America, it would be linked to the legend of 13 skulls. A Maya prophecy says that thirteen crystal skulls, transmitted by celestial creatures to the Atlanteans, will one day be all together for great secrets to be revealed to men … For the moment, they are distributed in different museums by the world…

VIRTUES AND BENEFITS OF PINK QUARTZ

The sweetness of the pink quartz evokes peace, calm and tenderness … This is probably why this stone is considered comforting, it is supposed to heal injuries both physical and emotional. His contact reassures, reinforces self-confidence and the ability to accept oneself as one is. Linked to the heart chakra, this energetic knot of Indian medicine, pink quartz would facilitate breathing and strengthen feelings of love. It would help regulate endocrine disorders. It would have a moderating effect on blood pressure, strengthen the heart and facilitate the elimination of toxins.

This rock soothes and reassures, it opens the spirit to the spirituality and helps to repair the traumas undergone in the past. It would also increase sensitivity and empathy to open up to others.

It would provide protection against one of the ills of our society, namely overexposure to the various and varied waves that pass through our homes. There are lamps carved in large pieces of raw rose quartz, which diffuse a soft and relaxing light and repel bad waves.

Necklace worn, the gem would have the power to calm agitated children, even hyperactive. In case of blue, we can perform a light massage with pink quartz: the hematoma would disappear faster…

Pink quartz in Western astrology is associated with the signs of Taurus and Libra. The bound planet is Venus, symbol of love.

The Chinese integrate pieces of pink quartz in the foundations of their homes during construction, to bring happiness to the home.

Citrine system releases energy blockages and provides security and confidence to those who have an exaggerated respect for authority. Its action in the solar plexus, appeasing anger in those who fear loss of affection opt withstand abuse or injustice. From the heart chakra teaches us metabolize our breakups, cuts of relationships, grief and abandonment of any kind. Stimulates creativity and confidence in their own values.

The Coral brings creativity, especially the ability to procreate, helping sterility problems. Used to work the “dark night of the soul”, that feeling of the end after which ensues very important in the sense of life change. Attracts love. It also helps us to accept the different, makes us more tolerant.

Good for Gemini, Libra and Aquarius.

The Chrysocolla is a stone of peace and is associated with unconditional love and compassion. Ideal for processing personal heartbreak boxes and empty feeling and emotional distance with parents. Work the archetype of wholeness. It is associated with femininity, the water and the moon. Brings patience, kindness, tolerance, compassion and humility. Expels negative energies and predisposes to wellness, harmony and success.

Good for Sagittarius, Aries and Leo. Fourth and seventh chakra.

The Rock Crystal is one of the most complete gems because it acts aligning all chakras and all bodies, both lower and upper. Works the archetypal archetype of anima and fullness. Very useful for expanding states of consciousness and to improve memory.

Good for Taurus, Virgo and Capricorn. All chakras.

Smoky Quartz is a very special stone for its vibration frequency and energy. It acts as a purifier that produces emotional calm and relaxation. Provides patience, balance and harmonize the mind with the body. It is also very useful to promote positive change in people with negative behavior patterns. Aid to meditation and stimulates all good impulses for material and spiritual improvement.

It is indicated for the treatment of diseases of stomach, colon and rectum, as well as in cases of fatigue or fear.

All chakras. Good for Taurus, Virgo and Capricorn. 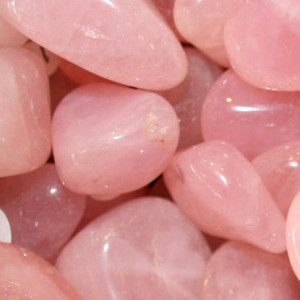 Rose Quartz is centered in the heart chakra, where our most significant emotions reside. Bring light, containment and protection. Fix emotional wounds and boosts esteem and gives us hope.

Works the liver meridian associated with anger, depression and anxiety, and also in the lung, which has to do with melancholy and sadness.